‘Haunted machines & wicked problems’ was the theme for Impakt Festival 2017. Tobias Revell & Natalie Kane, whose critical work focuses on relationships with technology, curated a program made of ‘artists and speakers whose imagination offers an alternative to both irrational fear and blind faith’. More specifically the program ‘examines how our relationship with technology determines, and is determined by, the stories we tell. As our technological landscape becomes increasingly complex, we are embracing myth, magic and monsters to explain our relationships with our devices.’As my own practice is about exploring the ways in which we create intimate relationships with domestic objects, I was thrilled to fly down to Utrecht to attend. My key takeaway was a sort of aha moment where I finally understood what connects speculative design and feminism -> they both look critically at structures of power and create narratives that challenge the present and explore alternative futures.

Critical and speculative design is about questioning current practices around technology, the hyper commercialized one dimensional design that is driven by profit and consumer politics. It’s about exposing the lack of socially oriented narratives in design, critiquing technological progress and the status quo system it nurtures. It’s about critically proposing alternatives to challenge hierarchical and power structures. I’ve documented my initial (and crude) investigations into Speculative Design here.

Feminism (in my own words) stands against systems of institutionalized violence and oppression that benefit the privileged elites that strive to maintain the status quo. Feminism is about ending discrimination in all forms. It’s so much more than a gendered movement, it’s at its most basic about human rights.

I see in both the drive to challenge the oppressive and violent systems we live in. So it made a lot of sense in this context to hear from artists like Sarah Kember, Legacy Russel and Angela Washko (so much respect) talk about work that challenges heteronormative, discriminatory biases and standards in the context of technology. In the breakout I was sad to overhear one of the attendants comment with a friend “a bit too strong on the feminist side hey”.

I had to hold in a “You really think it’s “too” strong to question people that come in the open saying that women’s right to vote should be revoked, that actively encourage rape culture and all the other privileged people that are constantly invested in silencing and oppressing anyone that doesn’t conform to race/gender/religious standards? We’re coming on too strong for talking about situations where people are sexually harassed, trolled online, receiving death threats daily and bullied until they commit suicide? We’re coming on too strong for speaking out against discrimination and violence? #getwiththeplan

Back to the festival. 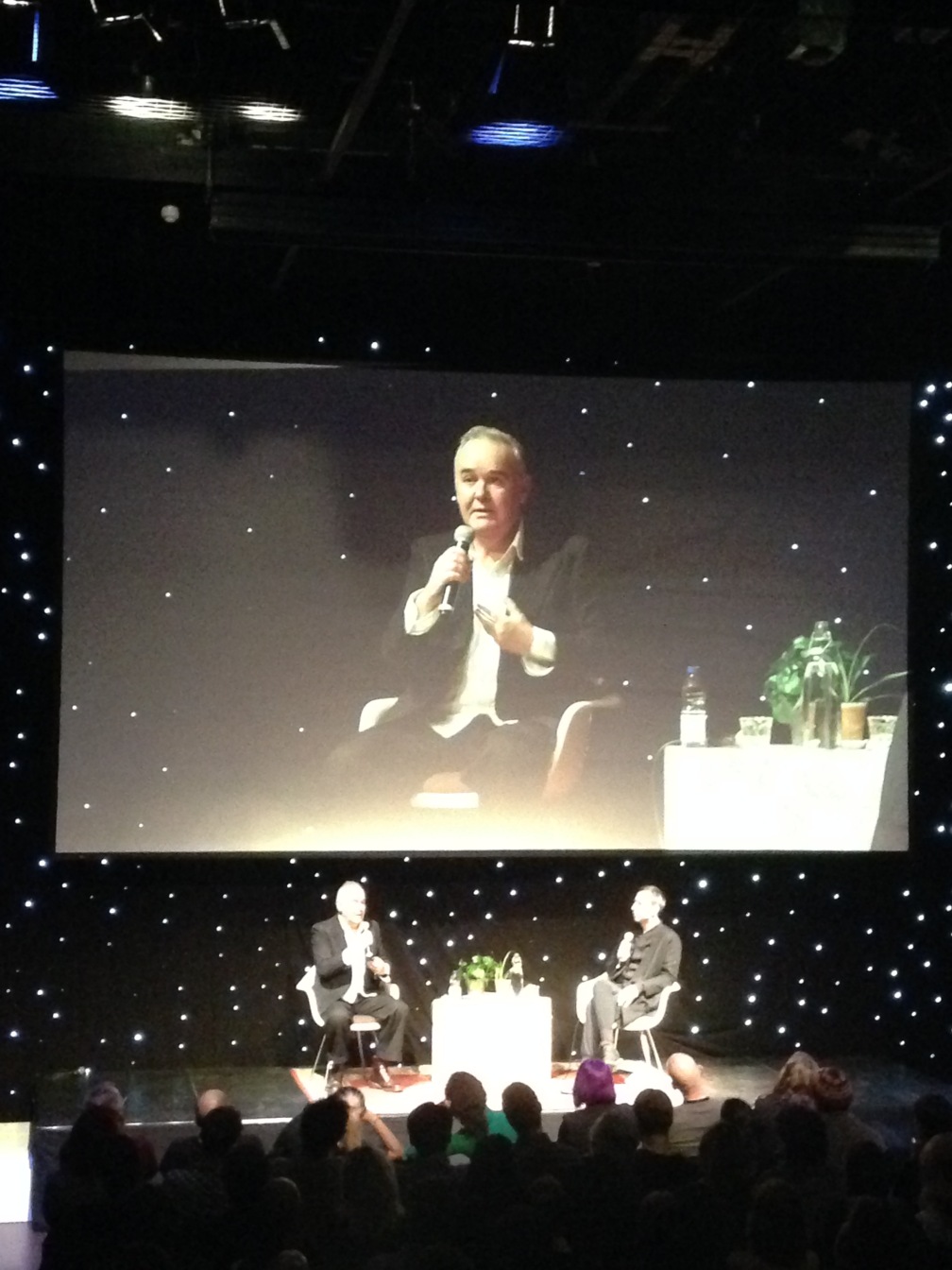 Having the opportunity to see Adam Curtis live was the icing on top of the cake. The familiar narrative and his voice made it feel like on of his movies. He opened by stating the main problem: a lack of alternative visions for the future. He then narrated briefly about how we went from the radical individualism of the 60’s where the idea of the ‘I’ at the centre of everything meant that people stopped organising, to how we then moved to consumer politics in the 80s and the focus group patronising mentality of ‘tell us what you want’, to finally a new system of feedback and order where people feel like individuals but are kept in a stable system of order with no leaders.
These systems are built by engineers, mostly white and male and a few. These systems are about stability. They way they have been configured is actively working towards blocking change and stopping us from thinking about alternatives. How can we challenge these techno complex systems? Is this working for us and is this going to work for our future?

It was interesting to see how the audience challenged him in the Q&A. Throughout the festival there was this sense of exposing complexity and walking through it. There was friction and debate, there was a lot of very different perspectives and that was exactly the point of it. There was also this acknowledged European /North American centricity and in the final reflections the conversation was around decentralisation and ways to bring in different perspectives to the table. Anab Jain from Superflux wrapped up the festival in an inspiring way.